Bug Bites, Insect bites and stings, Biting Insects, Insect bite . No one likes them. Learn how to best kill and identify your enemy bugs including mosquitos and no see ums.

When camping, you will come across many creatures and encounter insect bites and stings. The most common and well known bug bites is the mosquito. Sometimes these buzzing creatures can carry dangerous diseases such as Lyme disease, West Nile virus or other more deadly diseases.

Learn to identify all your enemy bugs. You can only conquer your enemy if you know them. Learn insect bites and stings .

These suckers (pun intended) are most commonly found in the spring time when there are lots of ponds of still water. The larvae grow in still water, so try not to camp near swamps or areas of sitting water.

Depending on where you are in the world, they are a vector for many different diseases such as malaria, yellow fever and dengue fever.

Some people’s skin does not react to the saliva of mosquitos, but many people develop welts and allergic reactions to mosquito insect bites and stings .

It is only the female mosquitos that bite.

There are many different sprays to deter mosquitos from coming near you.

If you hate mosquitos check out my page on bug bites repellent with home-made repellent recipes that are non cancer causing!

My bug nemesis are Black Flies. These little buggers are much smaller than mosquitos, but are known to ‘take a chunk out’. They suck your blood, but cutting a small hole in your skin and then slurping the bleeding blood. Black flies are most common in the early part of the summer before the mosquitos are more common. Generally this is in May in Canada.

To identify black flies, they are about the size of a pin head and don’t have any protruding wings. They like to bite at the nape of the neck along the hairline. If you find welts along with visible bleeding holes, you have been bitten by a black fly. Black Fly insect bites and stings are VERY itchy. Everyone that I know reacts to these insect bites and stings.

No See Ums (cause you can’t see them!)

No See Ums are a very small fly, with wicked insect bites and stings . No See Ums are so named because they can hardly be seen. No See Ums are about the size of a period at the end of a sentence, or smaller. Often, No see ums are mistaken for a small freckle that feels like it’s bitten you. But, if you wipe at the ‘freckle’, it disappears. These guys can get through many screens, except super fine mesh.

If you’ve ever encountered flies that look like regular house flies on a diet (taking a feast on your ankles). These skinny flies can also fly VERY fast and they bite! Whenever you take a swat at them, they fly off, then you have encountered the dog fly. These flies react to movement, so whenever you try and smack them, they’ve just automatically reacted. To kill these flies, move your hand slowly towards the biting fly (without having your shadow go over the fly), then when you are about 6 inches, move your hand as fast as you can to smush the fly.

These flies are common around horses, but they also like moose and people too! If you are with another person you can catch these flies by having one person stand still and the other person be ready to kill the fly when it lands.

- Bumble bees can sting repeatedly and don’t die when they sting you.

- If you crush the venom sack from a stinging insect, it will release a chemical that will attract nest mates to bite you.

- Scrape away the stinger with a credit card, being careful not to crush the venom sack. Once sac is removed, and if stinger wasn’t removed too, you can remove stinger with tweezers.

- Wasp stings may swell up if there is an allergic reaction, or it is a raised white bump with a red bite mark in the centre.

- Be aware of breathing difficulties with these insects as, even if someone has had no prior allergic reactions, they can develop a deadly anaphylactic reaction.

Other Insect bites or stings :

I experienced Fire ant insect bites and stings while hiking in Thailand. Even now, years later, the memory of these insect bites and stings gives me goose-bumps. Absolutely terrible. There are thousands of species of ants, and many of them do not bite. However if you disrupt a nest, there is a good chance that some of the ants may bite and attack, protecting their home. The ant bug bites are a small raised bump with a slight burning feeling. The bug bites will go away after a few hours or days.

Bed bugs have made a comeback after they were nearly extinguished. Bed bug bites are usually in a line as the bug bites and moves on, leaving a trail of red spots. If you think you have bed bugs, it is a very difficult pest to get rid of.

Gnats leave a bite mark that is SUPER itchy, and may be misdiagnosed as a rash or skin infection. Gnats look similar to May flies.

Fleas bite, and are a huge nuisance for pets. If you’ve been out with your dogs camping, and they’ve been swimming, they may have washed away any flea repellent that you had used, and they may have fleas again. Fleas don’t just bite dog or cats though and you may get bitten by them. Flea insect bites and stings often continue to itch and look like a raised red spot with a bite mark in the middle.

Check out information on ticks and how to remove them (LINK)

Leeches or blood suckers are swamp loving (but some live on land too), black slug like creatures that attach to your skin and suck your blood. They can be found in still water like swamps, and even on land. Generally they detect prey by motion and smell/taste. You do not feel them bite as their saliva has its own anaesthetic. They suck your blood, and when they are full, will drop off, increasing up to 5 times their original size.

There are several ways to remove these suckers. Best option: use something flat, to lift the sucker and break the seal of the leech and flick it away. Less recommended methods: burning it with a flame or cigarette, salt, alcohol, soap, vinegar, lemon juice or insect repellent. These will cause the leech to detach, but it will regurgitate its stomach contents into the wound increasing the chance of infection.

Once removed, clean with soap and water and bandage. The wound will continue to bleed.

Interesting fact: Not all leeches suck blood, or live in swamps.

There are several flies that can be mistaken for the biting bugs listed above. Although they don’t bite, they can still be annoying.

These flies look very similar to house flies, but collect in swarms around anything that moves. They lay eggs in cycles, so usually you don’t see many friendly flies, but then one year, they’ll be everywhere.

May flies look like small skinny caterpillars with long wings. They are about 2 cm long with an additional ‘tail’. They also collect in swarms, usually in the month of May.

What attracts these creepy crawlies?

Generally speaking, most biting insects are attracted to our breath of breathing out carbon dioxide. And the smell of sweat. So, when you’re exercising a lot, and then stop, you will be a perfect target for these buggers.

Deet Insect Repellent – pros and cons to this neurotoxin

How to treat mosquito bites,

Tick Removal and information on ticks

Return from Insect Bites and Stings to Camping Expert (home) 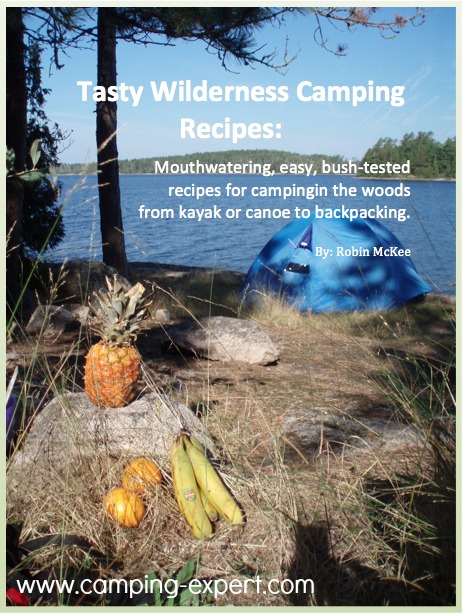